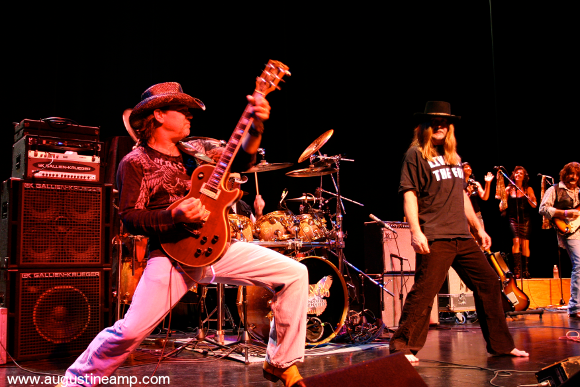 Known for their stream of platinum-certified records and smash hits in the 70s, including the famous “Sweet Home Alabama,” Lynyrd Skynyrd almost came to an end with the terrible accident that claimed the life of lead singer Ronnie Van Zandt – but instead, his brother took over vocals and the band continued on!!

Now, the band are on tour with their most recent record, “Vicious Cycle”. In addition to all the material from the new album, the band are going to deliver “a few surprises”!! What are you waiting for?? Grab your Lynyrd Skynyrd tickets TODAY!!