Iconic star and true patriot Lee Greenwood comes to St Augustine Amphitheatre on Sunday 13th November 2016 for a night of honest American country music, in honor of Veteran's Day! The "God Bless the USA" singer will be performing at the family-oriented benefit concert, with all proceeds going to local veterans’ organizations! 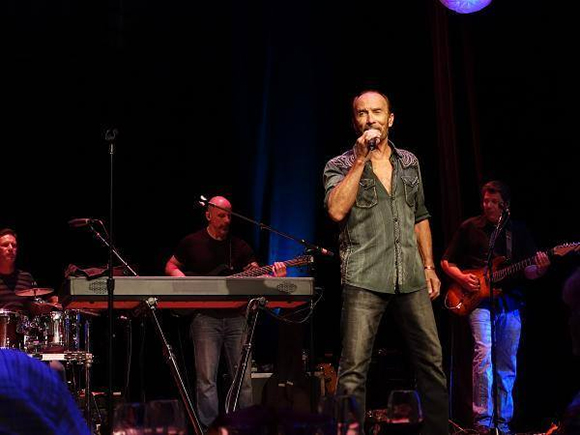 American country music artist Lee Greenwood has been active in the industry since 1962, having released over twenty major-label albums and has charted more than 35 singles on the Billboard country music charts. His 1984 hit, “God Bless the USA” became his signature song, gaining huge success when it was first released, as well as during the Gulf War in 1991 and after the September 11, 2001 attacks. Greenwood has also charted seven No. 1 hits in his career: "Somebody's Gonna Love You", "Going, Going, Gone", "Dixie Road", "I Don't Mind the Thorns (If You're the Rose)", "Don't Underestimate My Love For You", "Hearts Aren't Made to Break (They're Made to Love)", and "Mornin' Ride". He has won numerous industry awards including, Male Vocalist of the year for the Academy of Country Music in 1983, two Male Vocalist of the Year awards from the Country Music Association, 1983 and 1984 and a GRAMMY for Top Male Vocal Performance in 1985 for “IOU”. He also won CMA Song of the Year in 1985 for writing “God Bless the USA.”