Get ready to be excited, it’s time for Boston’s Hyper Space tour!!! Making up almost 50 dates across North America, the tour will see them beam down at the St Augustine Amphitheatre on Thursday 20th April 2017! Don’t miss out on your chance to see the classic rock act live! Tickets are on sale now – get yours quickly before they sell out!! 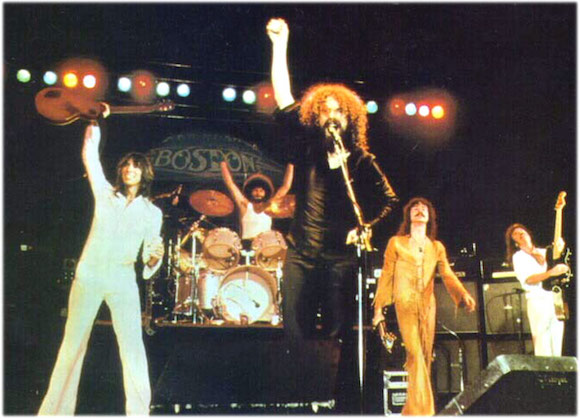 Unusually for bands of the time, Boston’s albums were created in a basement, written and produced by band member Tom Scholz. As an MIT graduate, he designed equipment especially to capture the sounds he envisioned, with every intention of replicating the sounds live, with no playback, a feat they went on to accomplish many times over, making them renowned for their innovate use of real instruments to create seemingly-impossible sounds.

Their live shows, unsurprisingly, are hugely popular, drawing a diverse crowd of all ages and backgrounds to witness the band faithfully recreating the songs just as you hear them in the studio – except even better. "From the opening licks of 'Rock & Roll Band,' it was a night of heart-pounding rock the way it was meant to be,” raved a Broward/Palm Beach New Times review. “Raw, powerful, and with endless guitar solos delivered in the pure analog splendor that makes BOSTON one of the most enduring live acts on the planet.” –

Don’t miss out on your chance to be a part of the experience – get your tickets to see Boston live at the St Augustine Amphitheatre today!!!