Fans of jam music rejoice, for the incomparable Widespread Panic comes to St Augustine Amphitheatre on Sunday 17th September 2017 for a night of unforgettable entertainment! Known for their incredible live shows, never playing the same setlist or even the same songs the same way twice, Widespread Panic will provide a truly unique concert experience – don't miss out!!! Tickets in limited availability. Get yours now, while they last!! 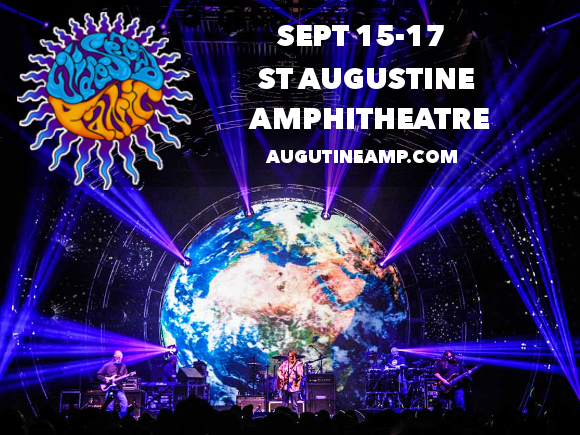 In 1986, in a dorm in the University of Georgia, roommates John Bell and Michael Houser, both guitarists, got together and formed the beginnings of a band that would go on to become Widespread Panic. The lineup currently consists of John Bell on vocals and guitar, Jimmy Herring on lead guitar, Dave Schools on bass, Duane Trucks on drums, Domingo "Sunny" Ortiz on other percussion, and John Hermann on keys. Drawing influences from Southern rock jam bands, for example The Allman Brothers Band, Widespread Panic now are widely regarded as one of the very best jam bands in existence today.

And that’s a pretty big deal – as with any jam band who takes themselves seriously, Widespread Panic never play the same show twice. Their setlist changes every night, and within the songs, there’s a lot of improv and never-before-heard material resulting from the spontaneous talent of the musicians.

Get ready for a show that’s truly unique – book your tickets to Widespread Panic today!!!