True to their name, Widespread Panic can cause a state of frenzy in colossal proportions. Fans can no longer sit still as soon as they find out that this beloved jam band is on the road. Nobody nails a live performance quite like Widespread Panic. Their extended jam sessions and luscious guitar licks may seem to go on forever, but fans love every minute of it. Don't miss out on this one. Act fast, tickets are moving fast! 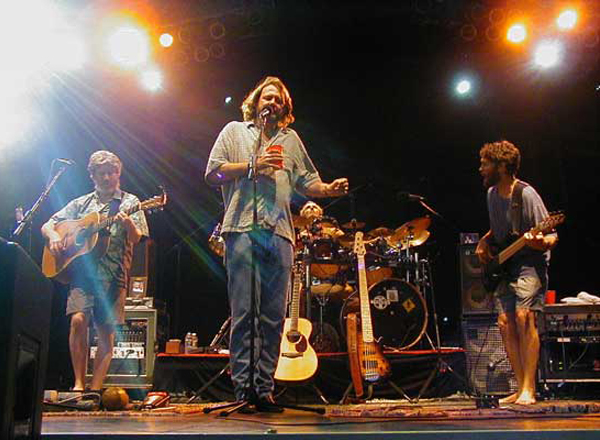 Widespread Panic has the uncanny ability of mixing a hodgepodge of music genre –Southern rock, Blues rock, jazz fusion, jam rock, and neo-psychedelia, are just some of the more obvious ingredients. But they have an exceptional flair for making it sound uniquely fresh. Their live performances never fail to move audiences up on their feet and stay til the very last note, often wanting for more. In fact, they hold the 2013 record for most number of sold-out performances at different venues around the country. The band is comprised of guitarist/singer John Bell, bassist Dave Schools, drummer Duane Trucks, percussionist Domingo "Sunny" Ortiz, keyboardist John "JoJo" Hermann, and guitarist Jimmy Herring. They belong to the so-called elite circle of American jam bands that always get the loudest applause from fans and a definitive thumbs-up and multiple stars from music critics.