The War On Drugs Tickets

The War On Drugs come to St Augustine Amphitheater on Thursday 6th October 2022. TWOD band extended their North American tour and added new dates to support their latest album release, I Don't Live Here Anymore. They will be performing at major locations including Florida, Carolina, Oklahoma, New York and many more. TWOD will be hitting the roads of North America and begin with a two-day gig, kicking off on 22nd May 2022 at Tabernacle, Atlanta. The band is known for their energetic rock performances and their incredible on stage chemistry make it a worthwhile experience. Catch The War on Drugs live at St Augustine Amphitheatre on 6th October by getting your tickets ASAP before they are sold out! 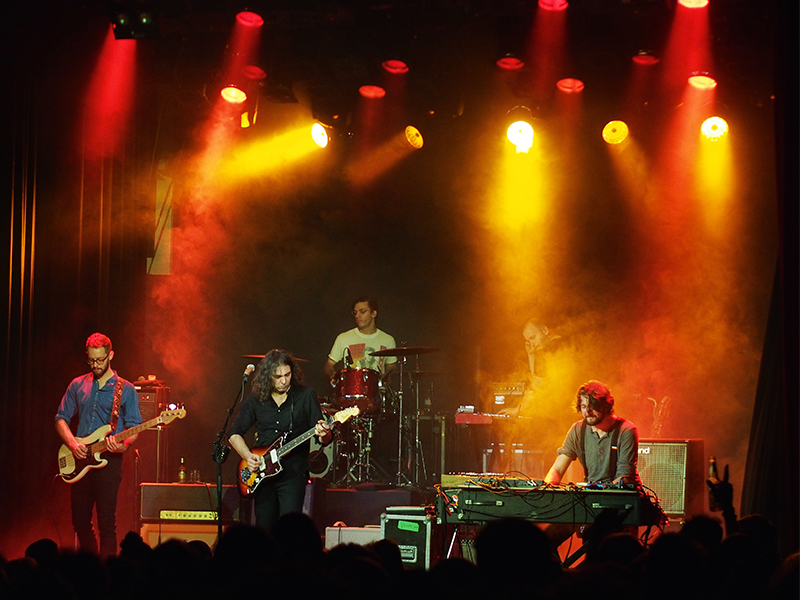 American rock band, The War On Drugs was formed in 2005 and released its first studio album, Wagonwheel Blues, in 2008, followed by Slave Ambient in 2011. TWOD got its first commercial breakthrough in 2014 after releasing its third album, Lost in the Dream. It received universal appreciation and secured the 26th spot at Billboard 200. The lyrics of "Lost in the Dream" were based on Granduciels depression and loneliness which he faced after destructive criticism on his previous album. TWOD band did not stop there and released their fourth album, A Deeper Understanding, right after three years. It was their most significant success, won the Best Album award at the Grammies, and nominated for several other awards. Their latest album, I Don't Live Here Anymore, is also attracting a lot of rock listeners worldwide, and fans are expecting to hear plenty of it on the upcoming tour.
The War On Drugs has released several hit singles, but their single Pain has a separate fane base. After the release, it was listed at the number one spot on the Adult Alternative Songs chart. TWOD band is one the most loved rock bands of America. They are an avatar of modern rock music as they have been said to have redefined the pop landscape. Be a part of the TWOD experience by getting your tickets right now before they are gone!