Get into the groove with psychedelic improv legends STS9!!! Sound Tribe Sector 9 will be heading to St Augustine Amphitheatre on Saturday 7th October 2017 for an event that will tickle your senses and blow your mind! With their astounding light shows and trippy funked up sprawling live dance tunes, STS9 will be the show of the summer! 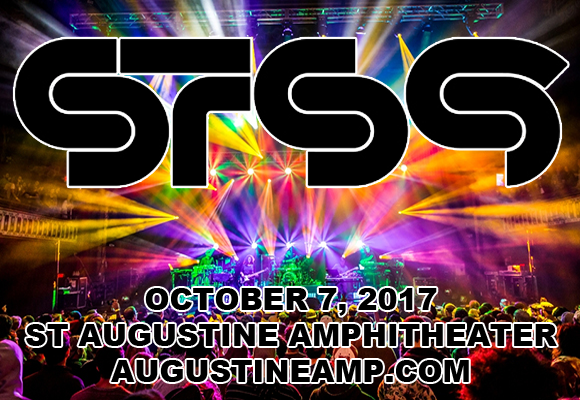 Sound Tribe Sector Nine (STS9) have been bringing the groove to audiences for over fifteen years! Formed in Atlanta, Georgia, STS9 are an instrumental rock-influenced dance band. With 11 studio albums, two remix albums, and multiple live DVDs on their homegrown label 1320 Records under their belts, the band have gained a large and loyal fan base, and are hugely popular on the touring and festival circuits. Over the years, the band have supported Snoop Dogg, NAS, Bassnectar, Ghostland Observatory, The Glitch Mob, Thievery Corporation, Pretty Lights, Big Boi (Outkast) and numerous others, and they rank among Pollstar Magazine’s list of top-grossing touring acts.