Rising star and teen idol Shawn Mendes will be touching down at St Augustine Amphitheatre on Saturday 16th July for a night of solid gold pop! The Canadian singer/songwriter crashed his website with the news that he is embarking on his second headlining world tour, and with 38 dates scheduled in, it's going to be huge! Don't miss your chance to see this young talent shine! 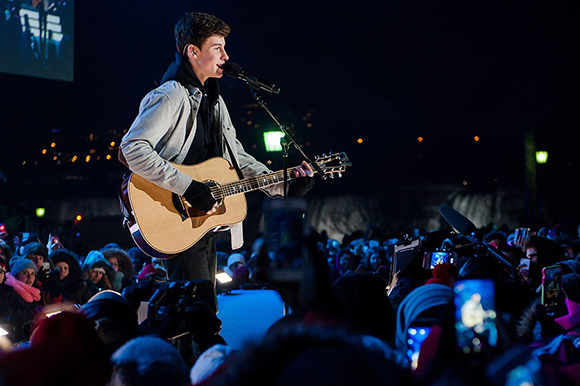 17-year-old Shawn Mendes is a Canadian singer and songwriter. His music career started in 2013, when he attracted the attention of artist manager Andrew Gertler and Island Records A&R Ziggy Chareton through posting song covers on the popular video sharing application Vine. This lead to Mendes signing with Island Records where he released his first single "Life of the Party" in June 2014. He is the youngest artist to debut in the top 25 on the Billboard Hot 100, making it to number 24 at only 15 years, 11 months and 4 days of age. Mendes' debut album Handwritten, was released in April 2015. The album debuted at number one on the Billboard 200 chart, selling 106,000 copies in its first week. In late 2015, Mendes and Camila Cabello from Fifth Harmony released their collaborative track "I Know What You Did Last Summer". Mendes was listed among Time's The 25 Most Influential Teens in 2014 and 2015, and he also made his first appearance on a Forbes list with their annual "30 Under 30", for 2016.