The epic Female fronted Hard Rockers, that's right – Evanescence have returned! And will be coming to performing at St Augustine Amphitheatre on Thursday 10th November 2016… Evanescence hit the big time with their unforgettable 2003 album, Fallen, gaining the title of "Top Bestselling Albums of the Last 10 Years." If you're a fan of their groundbreaking songs, "Bring Me To Life" "My Immortal" "Call Me When You're Sober" and so much more – then get ready to catch them LIVE, tickets available today! 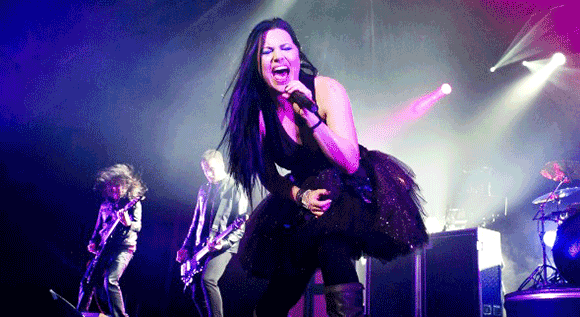 “Just when you thought I was off the hard stuff! It’s going to feel amazing to step back onstage with the band this fall,” Evanescence front man Amy Lee told Rolling Stone. “We had such a tight gel solidifying onstage the last few shows, and were enjoying it so much, we were all lamenting that it was so short and have been on the lookout for more opportunities to play live.”