A Day To Remember: The Re-Entry Tour Tickets

Pop punk meets metal core in, A Day To Remember, The Re-Entry Tour! At St Augustine Amphitheatre on Saturday, November 6th 2021 featuring guest performances by the awesome Brit rock band, Asking Alexandria and very special guests, LA pop punks, Point North! Grab your tickets for a Saturday night filled with a heady mix of hardcore mosh pitting and melodic singalongs to the tune of heavy guitar riffs and screaming aggression. You're Welcome, the new album by A Day To Remember is out now, so expect some awesome new tunes to bang your head to. 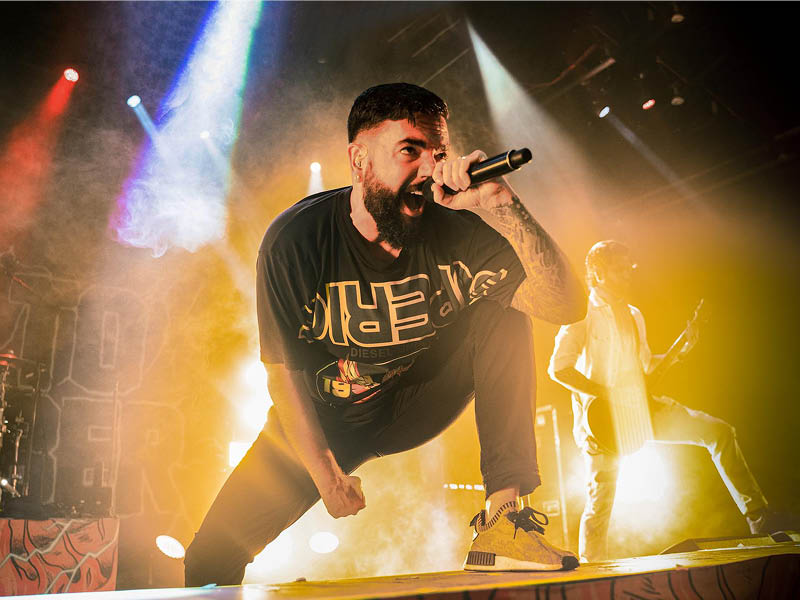 The pop-punk, hardcore band, A Day to Remember, hail from Ocala, Florida. They are Lead singer Jeremy McKinnon, lead guitarist Kevin Skaff, rhythm guitarist Neil Westfall, bassist Joshua Woodard, and drummer Alex Shelnutt. The band have produced seven studio albums, three video albums, three extended plays and nineteen singles. Their sixth album, Bad Vibrations, reached number 2 on the Billboard 200 charts, and marked the highest debut position of any A Day to Remember album, while their latest offering, their seventh studio album, You're Welcome, contains the singles, "Degenerates", "Resentment", "Mindreader", "Brick Wall", and "Everything We Need" and, came out in March 2021,and breaks a gap of 5 years of no new music from the band. The album came in at number 3 on the Top Rock and Alternative Albums charts, number 2 on the Top Hard Rock Albums chart and number 15 on the Billboard 200.

Pop-punk band, Point North, are from Los Angeles, California. They formed in 2016 and are pop-punk at it's most candid and troubled, don’t miss out on this high energy opening act.