It’s getting exciting at St Augustine Amphitheatre as one of the hottest names on the scene is coming LIVE to perform. Of course, we’re talking about NF – Nate Feuerstein! Now confirmed and on sale, here’s your chance to catch him on Wednesday 24th October 2018! 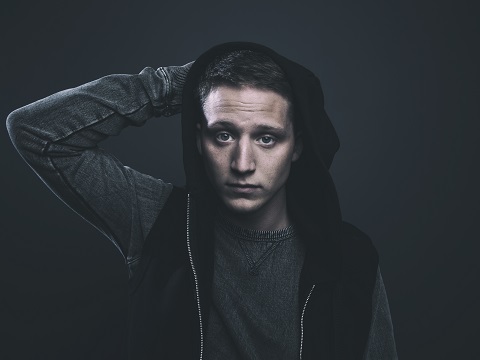 St Augustine Amphitheatre hosts multiple sell-out concerts throughout the year and NF – Nate Feuerstein is no different… the groundbreaking up and coming artist NF is a Christian, but does not consider himself a Christian rapper and wants to bring music for everybdoy. Crafting his incredible raps, NF brings an unstoppable show to each and every crowd he performs to.

Back in 2010, Nate first came to light with his debut release of Moments under his real name, but it wasn't until a couple of years later that his career would explode on the music scene, with his album release in 2012 and an EP following that in 2014, NF has continuously released music to keep his fans entertained. His single Beautiful Addiction won the hearts of many of his fans in 2013 and the rest is history. With his solo career in the peak smashing the Christian Albums chart at No. 12, on the Top Gospel Albums at No. 4, and on the Top Rap Albums at No. 15 along with so much more, plenty of some of the biggest names in Country and music in general have wanted to collaborate. It's no surprise why TobyMac was in touch and together they produced – "Til the Day I Die." As well as collaborations, NF's music has been featured on many platforms such as video games, TV intro themes and his videos featured across the board on MTVU, AbsolutePunk and more.

Due to his previous success with his groundbreaking singles, such as "Warm Up" in 2016 and the relese of his 2017 album, Perception, NF is NOW taking to the stages of North America to promote the tracks and his career to the masses. Joining him in 2018 at particular shows will include rappers Logic and Kyle…

Come and catch Nate Feuerstein at a venue near you this Fall! Tickets available above today.