The smoothest of modern soul singers, Leon Bridges, comes to St Augustine Amphitheatre on Thursday, May 19th, 2022 with very special guests Chiiild. Gold-Diggers Sound, the third album from Leon Bridges is out now, and it’s a fresh new sound from Leon, as he moves away from his swingin’ 60s into more modern and upbeat rhythm and blues. So, grab yourself some tickets and come on down, ready to slow dance the night away to the exceptionally smooth tones of Leon’s’ impressive voice. 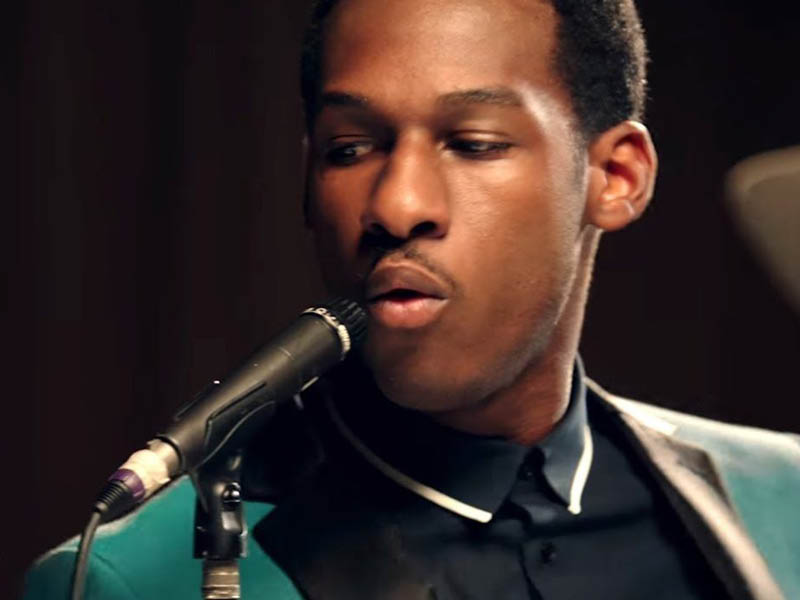 Todd Michael "Leon" Bridges, from Atlanta, Georgia, is the smooth Soul singer Leon Bridges. He is best known for his debut album Coming Home, it was released in June 2015, charting at the number 1 position on the Top R&B Albums charts both here in the USA and the UK and number 6 on the Billboard 200, and was nominated for Best R&B Album at the 2016 Grammy Awards. The single "Coming Home", off of that album, was a Top 10 Most Viral Track on Spotify. Leon’s followup album, Good Thing, came out May 2018 and won Leon the 2019 Grammy Award for Best Traditional R&B Performance for the single “Bet Ain't Worth the Hand”

And now, Leon Bridges brings you his third and most surprising album yet, Gold-Diggers Sound, released on July 23, 2021, and featuring guest appearances from Robert Glasper, Terrace Martin, and Atia "Ink" Boggs. It is a departure from the swinging sixties style of his previous albums to this more progressive R&B, it has got modern alternative R&B jams with a pop twist, with The New Yorker saying “the album's songs show that Bridges is versatile enough to stretch his skills across multiple eras, even if they never approach the future.” The album received widespread acclaim from critics and debuted at number 17 on the Billboard 200 chart and number 4 on the UK R&B Albums chart.