Trace Adkins will be stopping by St Augustine Amphitheatre on Thursday 2nd December 2021 on his "The way I wanna go" tour. The country music legend is popularly known for his unusual bass-baritone singing voice and several hit songs that span over 20years. He has charted more than 20 singles on the Billboard country music charts, "(This Ain't) No Thinkin' Thing," "Ladies Love Country Boys," and "You're Gonna Miss This," which peaked in 1997, 2007, and 2008. Tickets are selling fast; some fans describe their time with Trace Adkins as "Enchanting". Have a taste of original country music with Trace Adkins at St Augustine Amphitheatre on Thursday 2nd December 2021. It'll be an experience that'll stick with you for the rest of your life! 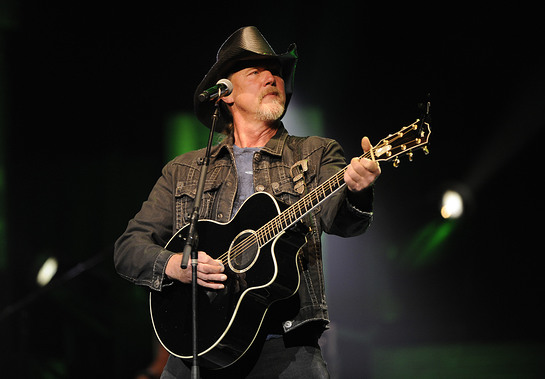 Tracy Darrell Adkins is a country singer and actor from the United States. Adkins made his breakthrough in 1996 with the Capitol Records Nashville CD Dreamin' Out Loud. Adkins has now produced eight more studio albums as well as two Greatest Hits collections. He has also charted more than 20 singles on the Billboard country music charts, "(This Ain't) No Thinkin' Thing," "Ladies Love Country Boys," and "You're Gonna Miss This," which peaked in 1997, 2007, and 2008.
On Canada's country chart, "I Left Something Turned on at Home" reached, all but one of his studio albums have been certified gold or platinum; his best-selling to date is 2005's Songs About Me, which was certified 2 Multi-Platinum for selling two million copies.
He's also been on TV as a panellist on the game programmes Hollywood Squares and Pyramid, as a finalist on The All-Star Celebrity Apprentice in 2008 and as the winner in 2013, as the voice of recurrent character Elvin on King of the Hill, and in television commercial voice-overs for KFC and Firestone.
Adkins' unusual bass-baritone singing voice is captivating and isn't one you would wanna miss out on; He'll be stopping by  St Augustine Amphitheatre while on tour. Make sure you get your tickets so you won't miss out!