Three Days Grace comes to St Augustine Amphitheatre on Thursday 21st April 2022 as part of their new Spring tour 2022. The Canadian rockers will be performing a string of headline gigs, and radio festival shows with Godsmack. Their most recent release was a cover of Gotye’s “Somebody That I used to Know” in July 2020. The band released its last album, Outsider, in 2017. They have expressed great excitement about returning to the road, and fans are also looking forward to their performances. If you want to catch them live at St Augustine Amphitheatre, you need to buy your tickets right now! 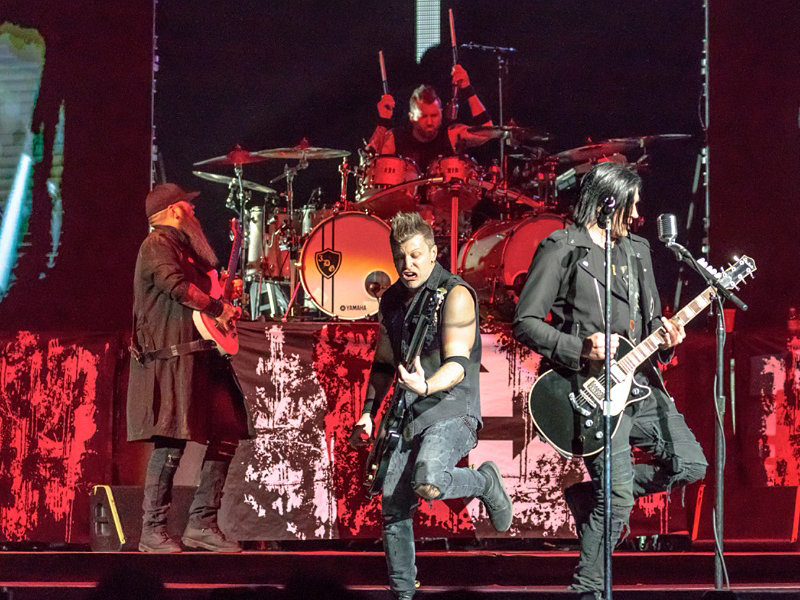 Hailing from Ontario, Canada, the hard-rock band was formed in 1997. The band consists of frontman Matt Walst, guitarist Barry Stock and the founding members; Brad Walst and Neil Sanderson. To date, Three Days Grace has released five studio albums and become one of the top 10 hard-rocks brands in the U.S. In March 2018, they released their sixth studio album, Outsider. Some of their number 1 singles include “Misery loves my company”, “Outline,” “Never too late”, “Just Like You,” and “Infra-Red”.
In 2019, Three Days Grace made history by extending its record of having the most No.1s in the history of Billboard’s mainstream rock songs airplay chart. Their single, Right Left Wrong was the 15th number-one single on the tally. Their recent album, Outsider, became their fifth consecutive album to reach the top 40 album charts on Billboard top 200. As they keep bagging records, fans are excited to have them on tour once again. Their energy is unmatchable, and their classics such as The Diary of Jane, are what fans always look forward to. If you’re looking for a quality hard-rock performance from Three Days Grace, make sure you purchase your tickets nice and early!