Get ready for an unforgettable night of rumba flamenca – The Gipsy Kings are coming to the St Augustine Amphitheatre on Thursday 15th June 2017 for a night of perfect entertainment! All fans of flamenco and salsa can’t afford to miss this event – get your tickets now!! 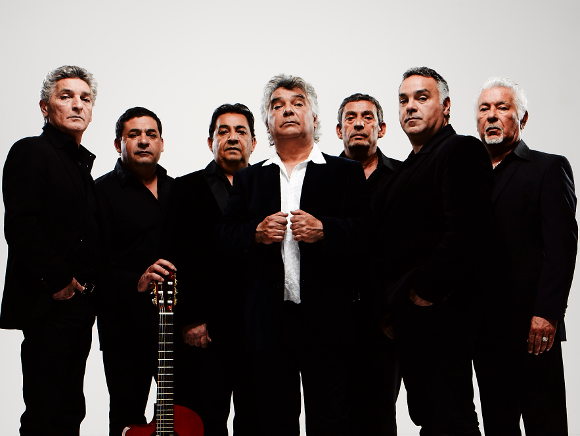 Formed in Arles, France, by brothers Nicolas and Andre Reyes with their cousins Jacques, Maurice, and Tonino Baliardo in the 1970s, The Gipsy Kings started out under a different name, travelling around France and playing everywhere they could, be it weddings or the streets. Due to their nomadic lifestyle, they soon took on the name The Gipsy Kings.

They achieved popularity with their third, self-titled album, with the singles "Djobi Djoba", “Bamboléo" and "Un Amor” gaining them popularity throughout Europe, Africa, and The Middle East. When the album was released in the US, if was one of very few Spanish albums to spend an amazing 40 weeks in the charts!

Combining pop and funk influences with traditional flamenco and salsa in a style known as Catalan rumba, The Gipsy Kings promise an energetic evening that will have you dancing all night long! Don’t miss out on your chance to see The Gipsy Kings live – book your tickets today!!