The Doobie Brothers comes to St Augustine Amphitheatre on Friday 11th November 2016! The Doobie Brothers are fresh off the road from their shows with Journey and will be returning to St Augustine to give a unique headline performance. The 1970's hit act will be bringing all their classics that you love and adore, LIVE in concert – with more than 40 million albums sold worldwide and five decades under their belt, these guys sure know how to rock a crowd! Come and experience this legendary night! 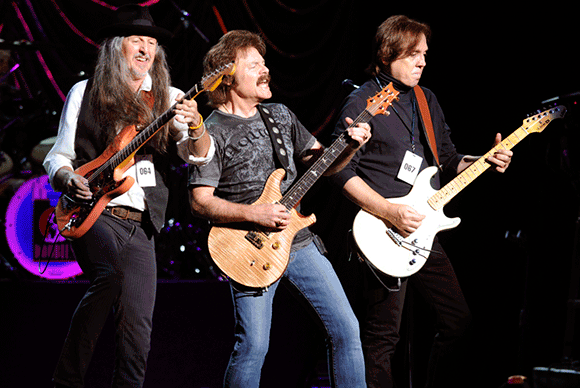 After 5 decades of touring, most bands tire or fans have lost their excitement, but with The Doobie Brothers still put on a mind blowing show. With a list of endless hits, they manage to play a varied collection; including "Eyes of Silver" from the 1974 album "What Were Once Vices Are Now Habits" and "Take Me in Your Arms (Rock Me)" from 1975's "Stampede" – the band's first five years and first five albums! This is why these guys never dissapoint!

"I believe The Doobie Bros have been around for about 40 years. They sounded just as good now as they did back then. Really enjoyed the show & the fact that they interacted with the audience. They were a class act & really brought back some memories of my early adult years."