The Disco Biscuits are returning to Florida! Come and join the fun in a transcendent, psychedelic musical experience, on Friday, September 17th, 2021, as The Disco Biscuits come to St Augustine Amphitheatre. The Electro-rock fusion jam band are read to blow you away, with their own special blend of EDM, Jazz, and rock. All set to the backdrop of an expertly created lighting show, grab some tickets now to an all night dance marathon that is always guaranteed to be different, awesome, and out of this world! 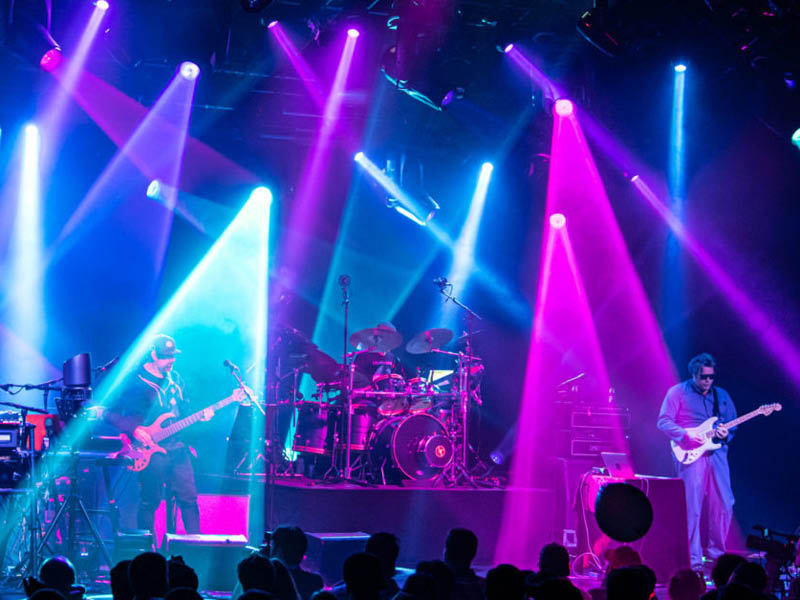 Trance fusion jam band, The Disco Biscuits, formed in 1995, from a bunch of friends at University of Pennsylvania in Philadelphia. They are Allen Aucoin on drums, Marc "Brownie" Brownstein on bass guitar and vocals, Jon "The Barber" Gutwillig on guitar and vocals, and Aron Magner on about six keyboards, synths and vocals.
By incorporating elements from a variety of musical genres including, psychedelic rock, electronic music, soul, blues, jazz and classical music all with a base of electronic and rock, mixed in with some unbelievable light shows, lasers and smoke effects, they create the ultimate trance fusion experience, which is their own signature blend of music. Although they have been touring around since the 90s, and haven’t brought out an album since 2011, don’t expect this to be the same band it was then. They still pioneer the Trance fusion, which keeps them fresh, every new synth sound they discover, and all the new influence continuously flows back into the music. So yes, the songs are 20 years old, and you have heard them before, but you have never really heard the same song twice, constant evolution, and a fresh injection of some new discovery keep The Disco Biscuits at the top of their game.