Don't miss your chance to see Steve Winwood at St Augustine Amphitheatre on Friday 5th May 2017! Tipped to be the hottest show of the year, fans of rhythm and blues, blues rock and jazz truly can’t afford to miss it! There are still tickets left, but don't delay, as we expect this show to sell out VERY quickly!! 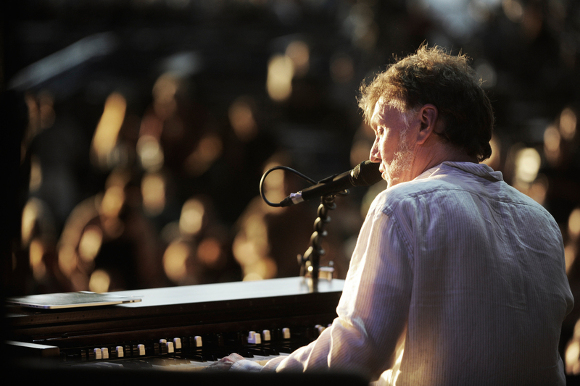 Stephen Lawrence "Steve" Winwood’s career is lengthy and his output truly prolific. A core member of the bands Traffic, Go, Blind Faith (alongside guitarist Eric Clapton), and The Spencer Davis Group, he saw much success with those bands as well as a successful solo career. He is well known for the hit songs "While You See a Chance," "Valerie," "Back in the High Life Again" and for "Higher Love" and "Roll with It,” his Billbostf Hot 100 number ones!

In 2005 he was made a BMI Icon at the annual BMI London Awards for an "enduring influence on generations of music makers.” As a member of Traffic, he was inducted into the Rock n’ Roll Hall Of Fame, and has been named by Rolling Stone magazine as one of the greatest singers of all time!! He has also won multiple awards, including several Brit award nominations and two Grammy Awards.

Live, Steve Winwood plays with a full band, delivering high-energy rock n’ roll and smooth jazz numbers alike, each player taking turns to solo in true blues rock fashion, with the material spanning his entire career, band work and solo projects alike. Don’t miss your chance to be a part of the experience – get your tickets to see Steve Winwood TODAY!!