Rock and Roll Hall of Famer Steve Miller Band will bring its classic hits back to the Nation's Oldest City this Friday, July 1. The band has added a stop to its limited tour at the St. Augustine Amphitheatre. Grab some tickets for the show and witness why Steve Miller remains an authority in the rock n roll music scene. Your excitement will surely soar like a Jet Airliner and Fly Like An Eagle as you listen to the band perform their career-defining hits, such as "The Joker," "Mercury Blues," "Fly Like an Eagle," "Space Cowboy," "Abracadabra," and many more. Don't miss this one-night-only performance of the band. Click on the "Get Tickets" button to secure your tickets safe and quick! 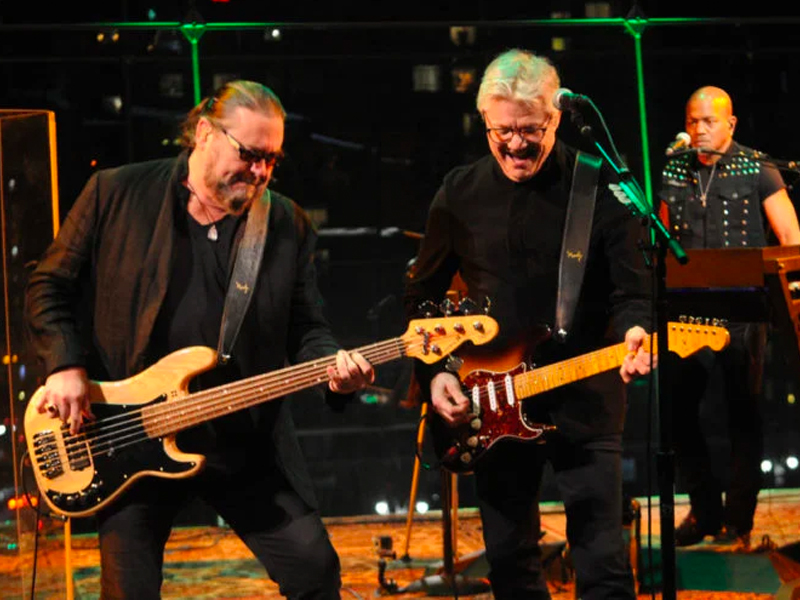 The Steve Miller Band is a six-piece band formed way back in 1966. The original members included Steve Miller along with guitarist James Cooke, bassist Lonnie Turner, drummer Tim Davis and Jim Peterman on Hammond B3 organ. Over the years, fans have witnessed the changes in the band's line-up. At present, at the age of 78, Steve Miller still manages to take the lead with vigor. Undoubtedly, he can still rock and charm an audience with his charisma and veteran talent, no matter how large it could be.

Despite not releasing an album for a decade, Steve Miller Band has retained its relevance in today's rock n roll music scene –– thanks to their constant touring and timeless hits that continue to thrill audiences worldwide. The band is most famous for their tracks "The Joker," "Fly Like an Eagle," and "Take the Money and Run," among many others. The band has released 18 studio albums since it debuted in 1968 and has sold nearly 30 million album copies worldwide, including 26,500,000 in the United States and 220,000 in the United Kingdom.

This year, the band will be embarking on a North American tour, and luckily, St. Augustine Amphitheatre is one of the chosen venues of the veteran band. This is the band's first time performing in the famous Florida venue since 2008. Thus, loyal fans are more than excited to see them back in the Nation's Oldest City. If you are a fan of the band, don't forget to grab your tickets here. Click on the "Get Tickets" button for a safe and fast transaction.