Ringo Starr and His All Starr Band Tickets

Music lovers get ready as one of the biggest tours has just been announced for 2020! That's right the rumors are true – Ringo Starr and His All Starr Band will be heading out on the road across North America for a groundbreaking, unforgettable performance! You can catch him LIVE as he heads on down to St Augustine Amphitheatre on Friday 26th June 2020! Tickets are on sale NOW! 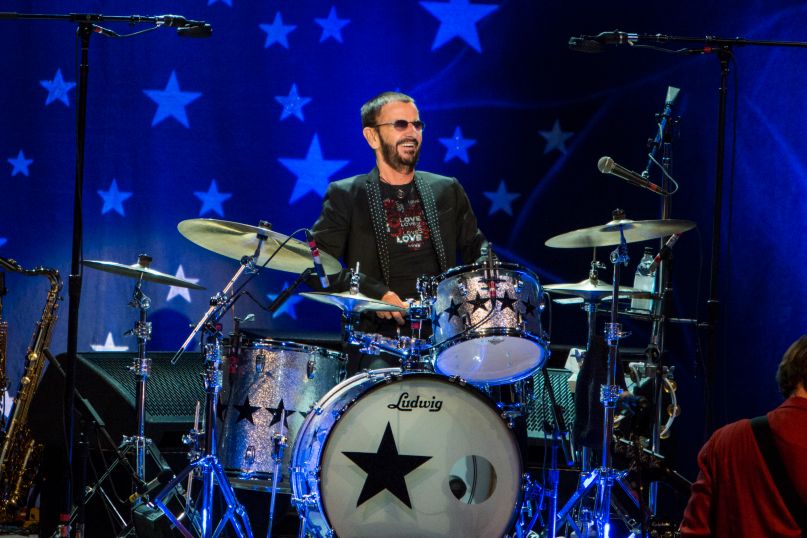 Who could forget the most iconic bands to walk the earth, The Beatles and as one of their main members, Ringo Starr has become something of an iconic himself! Known for his work from The Beatles incredible catalogue of music as the drummer, he would also occassionally sing and his vocals can be found on some of their greatest hits of all time such as; With a Little Help from My Friends", "Yellow Submarine", "Good Night", "Boys" along with so many more!

Since The Beatles amazing career came to an end, their legacy of course will always live on and Ringo Starr still encourages to make that happen, with his incredible solo success on songs such as "It Don't Come Easy", and number ones "Photograph" and "You're Sixteen" he sparked interest from all of The Beatles dedicated fan base and with the added following of his own.

Ringo Starr is known all around the world for his work within music, this talented drummer has gained nothing but the highest praise from not only reviewers and his fans but also fellow musicians such as Phil Collins and Journey's Steve Smith. He has been named as the fifth greatest drummer of all time by Rolling Stone and of course was inducted into the Rock and Roll Hall of Fame for his success with The Beatles.

This incredible musician is embarking across North America to bring his fans a real treat to the eyes and ears as he gives an unstoppable performance with his All Starr Band – this is going to be a night that fans will never forget!

Get ready for this once in a lifetime experience by booking your tickets and ensuring your place in the crowd! Ringo Starr LIVE – don't miss out!