No matter what weather or season you are in, Rebelution never fails to bring warmth and sunshine wherenever and wherever they perform. Playing reggae, reggae rock, roots reggae oh and calypso comes naturally to them as breathing. Hence, their performances are as organic and as effortless as the sun shining bright on a summer's day or when the sand meets the sea… You say you want a Rebelution? Then, don't pass up on this opportunity to jam Cali-reggae style! 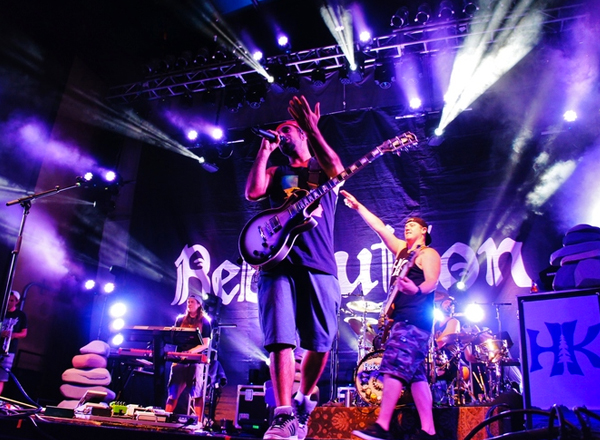 Rebelution traces its roots from Santa Barbara, California. Its current members include Eric Rachmany, Rory Carey, Wesley Finley, Marley D Williams, and Khris Royal (touring member). Playing local shows and in the trendy beach-side of Isla Vista in Santa Barbara, became the hub where the initial strains of their burgeoning sound was heard. When crowds grew bigger and the buzz got louder, the release of their EP in 2005 and their full debut album in 2007 were ripe for the picking. As fans celebrated their refreshing and awe-inspiring melodies, their songs shot up the charts and earned multiple stars from critics. They peaked at number one 1 on iTunes and Billboard's reggae charts. In 2014, their album Count Me In was certified by Billboard as the "best-selling reggae album of the year".