One of this generation's youngest country music stars will invade the country's oldest city for one epic summer concert. Join Parker McCollum in St. Augustine Amphitheatre this June 29 and be wowed by his insane vocal range and guitar-slinging skills. The "To Be Loved by You" hitmaker will definitely make his fans loved and valued as he gives his heartfelt, all-out performance of his certified hits, including "Pretty Heart," "Young Man's Blues," "Meet You in The Middle," and many others. He will be joined by the Tennessee-based country music singer Larry Fleet. If you are a big country fan, missing this show is a big crime. So better plan your summer getaways and squeeze this incredible show into your busy schedules. Start by securing your tickets as early as today! 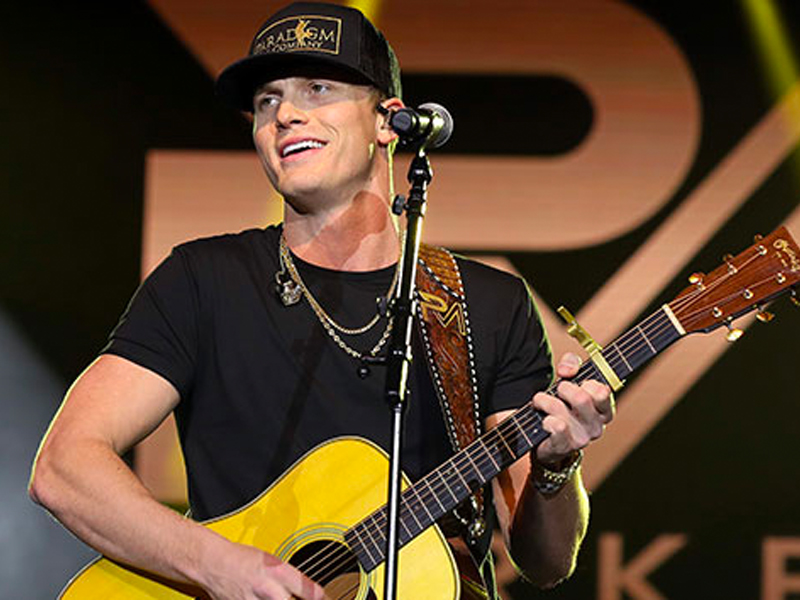 As someone relatively new in the country music scene, Parker McCollum's rise to stardom is nothing but impressive. Over the past years, his career has reached unprecedented heights. He won "New Male Artist of the Year" at the 2022 Academy of Country Music Awards. His hit single "Pretty Heart" went double platinum in 2022, while "To Be Loved By You" went gold. In addition to becoming number one on Billboard, both songs were also number one everywhere else. Moreover, he was also nominated as "New Artist of the Year" in the recently-held 2022 CMA Awards.

His recently-concluded "Gold Chain Cowboy Tour" proved to be an enormous success. In addition, he finished up a stint on Thomas Rhett's "Bring the Bar to You Tour" around the middle of October. All these sold-out appearances ignited the fans' love for McCollum's live shows. Thus, it's no surprise that the 30-year-old country star will follow up his 2022 shows with another massive North American tour in the spring and summer of 2023.

The tour announcement also comes with the revelation of a new album to be released in the first quarter of 2023. In the summer leg of the tour, McCollum will perform alongside special guests Larry Fleet, Jackson Dean, and Randy Rogers Band. They will hit some major cities, including Toledo, Dallas, Indianapolis, Buffalo, and Florida, on June 29, 2023. The American country music singer Larry Fleet will join McCollum in his St. Augustine Amphitheatre show.

"Cannot wait to be out on the road next year! Headlining a tour for most of the year and getting to take Larry Fleet and Jackson Dean along with me is going to be a blast," McCollum shares. "Such talented guys who deserve the spotlight."

Tickets are now on sale, and you can score yours here by clicking the "Get Tickets" link.