Academy of Country Music Awards and Country Music Association Awards Group of the year, for three years running, from 2018 to 2020, this is Old Dominion at St Augustine Amphitheatre on Sunday, December 12th 2021. Finally, getting to tour their new-ish album, it came out in December 2019, with the single "One Man Band" becoming their highest-peaking Billboard Hot 100 hit at number 20, and it won the ACM Award for Song of the Year. Grab some tickets now and let’s pretend 2020 never happened, lets pretend, "I Was on a Boat That Day" instead, for, like, the whole year, drinking tequila, chilling. 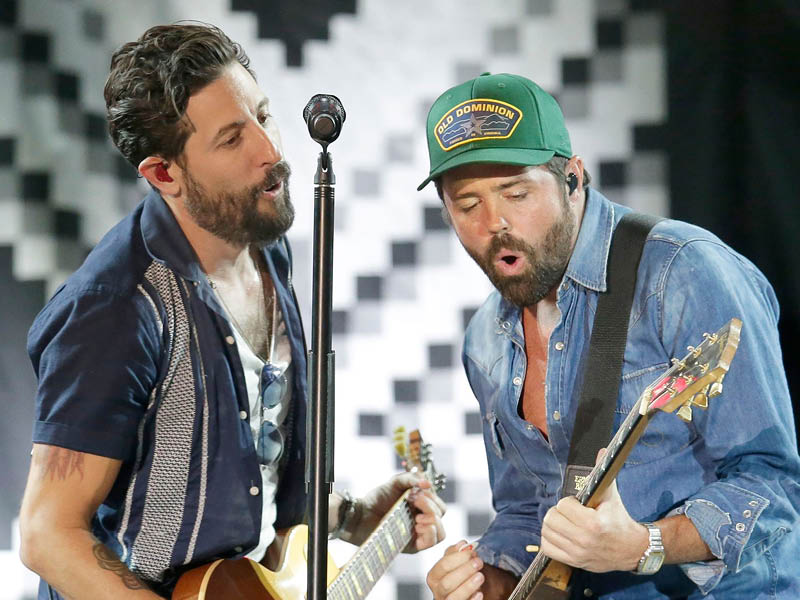 Country music band, Old Dominion, are lead singer Matthew Ramsey, guitarist and keyboardist Trevor Rosen, drummer Whit Sellers, bass guitarist Geoff Sprung, and guitarist Brad Tursi. If they were Pop or Rock singers, this would be a supergroup, but country fellas don’t go for that sort of thing, each of the members are successful as songwriters for other artists and needed a way to make songs for themselves, thus in 2014, Old Dominion was born. Old Dominion have been recognized as the Group of the Year at the 2018, 2019, and 2020 ACM Awards and the reigning CMA Vocal Group of the Year for all three years too! The band has released three full-length albums, Meat and Candy, in 2015, Happy Endings in 2017, and Old Dominion in 2019. Their self-titled album, Old Dominion, debuted at number 9 on the US Billboard 200, and predictably number 1 on the Top Country Albums chart. The produced two singles from the album, "Make It Sweet" and "One Man Band", the latter peaked at number 20 on the Billboard Hot 100, becoming their highest charting single. Their latest single, "I Was on a Boat That Day", was released in May 2021, and is from their upcoming fourth studio album.