Get ready to rock! Needtobreathe & Parachute are coming to St Augustine Amphitheatre on Thursday 13th October 2016! Needtobreathe are bringing their Country infused Christian music to the stage – get ready to hear anthems such as "Brother" "Something Beautiful" "Multiplied" "Wasteland" "Keep Your Eyes Open" plus so many more… 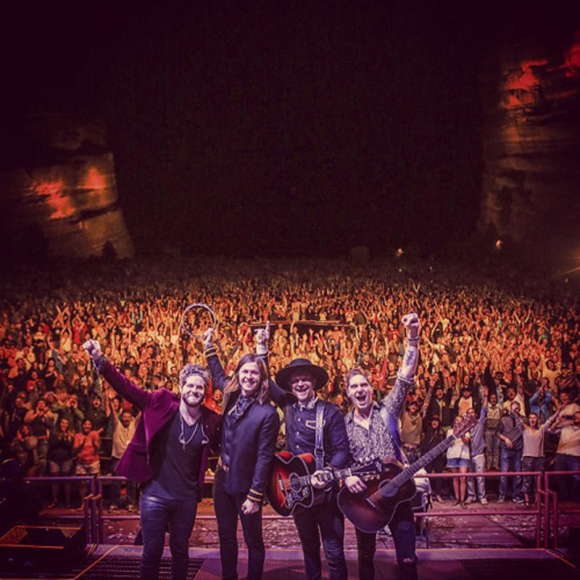 American Christian rock band Needtobreathe consists of Bear Rinehart (lead vocals, guitar, piano), Bo Rinehart (backing vocals, guitar), Seth Bolt (backing vocals, bass) and Josh Lovelace (backing vocals, keys). The band began in 1998 when the two brothers began performing at Furman University. The band released their independent debut album, The Feature, in 2001, but it was their 2004 EPs, Fire and Turnaround, that drew the attention of of Lava Records, owned by Universal Music Group, who signed the band in 2005. To date they have released five studio albums: Daylight (2006), The Heat (2007), The Outsiders (2009), The Reckoning (2011) and Rivers in the Wasteland (2014). The band's sixth studio album, Hard Love, is scheduled for release on July 15, 2016.