Promoting the release of their most recent album, 22, A Million, melancholic indie-folk band Bon Iver comes to St Augustine Amphitheatre on Friday 10th November 2017! Justin Vernon and friends will be performing tracks from the LP, as well as fan favorites like "Skinny Love" – don't miss their incredible sound live! 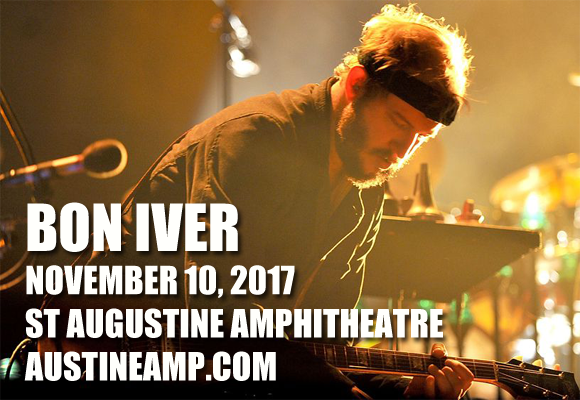 Started in late 2006 by singer-songwriter Justin Vernon, Bon Iver is an American indie-folk band. The majority of the band's first album, For Emma, Forever Ago, was recorded by Vernon in an isolated cabin in Wisconsin during a three month convalescence from an illness that coincided with the breakup of his band previous band DeYarmond Edison, and the ending of a relationship. The album was released independently in 2007 and was a critical success, with several of its singles being used in popular television shows. The band's 2011 follow-up album, Bon Iver, Bon Iver, won the Grammy awards for Best New Artist and Best Alternative Music Album in 2012. The band's most recent, and more experimental, album, 22, A Million, was released on September 30, 2016.